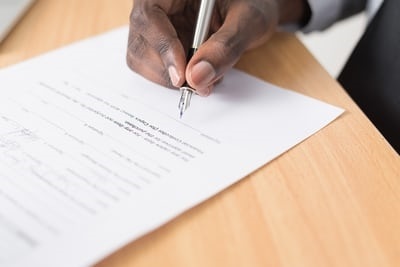 Fixing errors in credit reports remains one of the biggest hassles consumers face. Yet while the problem has been well known for years, credit agencies have been slow to make the process easier and more accurate.

Why is that? After all, most industries wouldn’t survive very long if their information was rife with errors. There are several reasons for this, but perhaps the biggest is that consumers aren’t the credit agencies’ customers—banks and other creditors are.

So the credit industry doesn’t have much incentive to improve its accuracy rate, says Aaron Klein, policy director of the Center on Regulation and Markets at the Brookings Institution.  “Credit bureaus are paid by banks and loan providers to produce reports, so their incentive is to produce large volumes of data quickly,” Klein says. “Making the reports more accurate would be expensive and time-consuming, although it would benefit consumers.”

The credit industry disputes this assertion and says it’s taking steps to fix the problem.

Still, discontent with credit reports has been rising. Complaints about credit agencies, particularly about inaccurate information, now represent 38 percent of all complaints to the Consumer Financial Protection Bureau, more than any other category [PDF].

An added frustration is that having a top-notch credit report is more important than ever. That data determines your credit score, which has a major impact on your finances and increasingly may be key to whether you land a job or rent an apartment.

The Persistence of Errors

Granted, the credit bureaus face a tough challenge when it comes to minimizing errors. There are dozens of credit reporting agencies, although the field is dominated by the three major credit bureaus—Equifax, Experian, and TransUnion.

Collectively, these agencies collect billions of pieces of financial and personal data from so-called data furnishers, such as banks, utilities, and debt collection agencies, which are filtered into individual credit reports.

The process has been complicated by the rise of data breaches and identity theft, as well as a flood of disputes filed by credit repair companies, which charge hefty fees to consumers with the promise of fixing bad credit. (Don’t fall for their pitch; for better options on improving your credit, see the advice below.)

Identity theft problems can be especially difficult to clear up, says John Ulzheimer, a credit expert who has worked at Equifax and FICO.

You can run into similar headaches if you have a “mixed” credit file, which involves another person’s information commingled with yours—such as an individual with a similar name who has an overdue loan. Or perhaps a data furnisher fails to address errors. These types of problems can take weeks or months to correct.

The credit bureaus have, in fact, been upgrading their credit reporting systems to minimize errors.

At Experian, for example, “our systems analyze data provided by furnishers and reject data that is illogical or does not meet Experian standards,” spokesperson Amanda Garafolo said in an emailed statement.

Even so, consumers continue to lack control over the credit reporting system, consumer advocates say.

That places the burden of correcting credit report errors on the consumer. It’s a task that can be challenging and time-consuming.

“Staying on top of your credit, and fixing any problems, is something else that you have to add to your already busy to-do list,” says Gerri Detweiler, education director for Nav, which helps small business owners manage credit.

That includes making a regular credit review part of your routine, and filing disputes promptly if there are errors. Here are four guidelines to follow.

1. Get Regular Copies of Your Credit Report

You’re entitled by law to a free credit report once a year from each of the three major credit bureaus. Go to AnnualCreditReport.com to ask for a report from one of the companies. It’s a smart strategy to monitor your report more frequently by requesting a report from a second company four months later; then follow up in another four months with the third company.

Only 36 percent of Americans obtained their credit report last year, according to a survey by the nonprofit Consumer Federation of America.

“If you’re planning to take out a mortgage loan or ask for credit, make sure you review your report well ahead of time, so you can deal with any errors,” Ulzheimer says.

2. Review the Reports Carefully for Mistakes

Once you get your credit report, make sure to read it carefully—and don’t just focus on the account balances.

“One of the most overlooked part of the report is the personal information, such as your name, address, and employer,” says Bruce McClary, vice president of communications at the nonprofit National Foundation for Credit Counseling (NFCC).

Having a wrong address could be a simple mistake, but it could also be a signal of potential identity theft.

If you spot mistakes on your credit report, the best strategy is to file a dispute with the credit bureau. You can find instructions on the CFPB website for submitting a dispute at each of the three major credit bureaus.

Many problems, such as an incorrect account number or a misspelled name, can be resolved fairly quickly. The credit agencies generally have 30 days to respond. In cases of identity theft, the credit bureaus must block fraudulent information in your account within four business days.

You can file the dispute online at the credit bureau website. But you may want to consider mailing in the form, with return receipt requested, to retain a record of the dispute, says Chi Chi Wu, staff attorney at the National Consumer Law Center, a nonprofit group.

You will also want to include copies of any documents that can support your claims, such as receipts of bills paid or account statements.

If the dispute involves information submitted by a bank or other data furnisher, it’s a smart move to submit a dispute to the company that supplied the data as well. “It makes sense to burn the candle at both ends by putting both parties on notice directly,” Ulzheimer says.

For consumers who want advice on managing credit or help with credit inaccuracies, consider reaching out to a nonprofit credit counseling group. You can find advice in your area through the NFCC.

4. Get Help With Difficult Problems

If you face persistent errors, you’ll need to take additional steps. If you have new information that documents your claim, you can file another dispute with the credit bureau.

You can also file a complaint with the CFPB, which will forward the complaint to the company and work to get a response.

For disputes involving identity theft, you can get free guidance and support from the Identity Theft Resource Center. (Check out this advice if you’re a victim of identity theft.)

As a last resort, you may want to hire a consumer attorney to get a persistent error fixed. Under the Fair Credit Reporting Act, the federal law governing credit reporting agencies, in cases where the agencies have been negligently noncompliant, consumers can be awarded damages, costs, and attorney’s fees. You can search for an attorney at the National Association of Consumer Advocates, a nonprofit group of attorneys and consumer advocates.